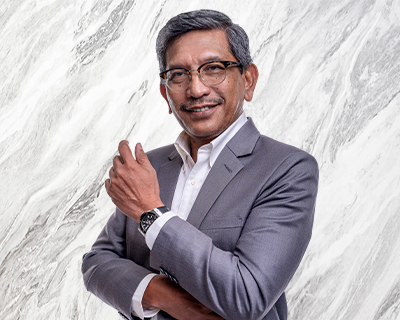 Upon graduation in 1985, Ir. Bakri bin Ishak began his career as a Design Engineer with the Public Works Department of Malaysia (JKR) and later was subsequently promoted as a District Engineer. After ten years of service, JKR sent him for a Master’s Degree in Japan for two years and upon returning in 1994, he was seconded to KLIA Berhad to lead the construction of KL International Airport (KLIA) and was promoted to be Assistant General Manager, Construction. Subsequently, he joined Ahmad Zaki Sdn Bhd (AZRB) as a Project Manager.

After eleven years of service in AZRB, he left as an Executive Director, Operation and joined Gabungan Strategik Sdn Bhd as an Operation Director in 2012. With about 35 years working experience in the construction industry, Ir. Bakri Ishak has vast hands-on experience as Project Manager and Project Director for various construction projects including low-medium rise buildings, high-rise buildings and infrastructure of both elevated highways, interchange, rail tracks including the first Mass Rapid Transit V1 (MRT-V1), Jalan Duta Highway, Persiaran Putrajaya and other developments such as housing and shop lot development, hospitals, stadiums, universities, mosques and other public amenities such as Masjid Tuanku Mizan (Putrajaya), Universiti Teknologi Petronas and several other prominent buildings.

With a great exposure in construction of variety of projects, the educational team of UTM and KLIA invited him to be a guest lecturer to specifically share his valuable experience and to give a lecture on Safety Engineering to Executive Master in Occupational Safety & Health (EMOSH) course students. Aside that, he also was selected to be a member of various subcommittee as a Technical Advisor such CIDB, UTM and KLIA College. 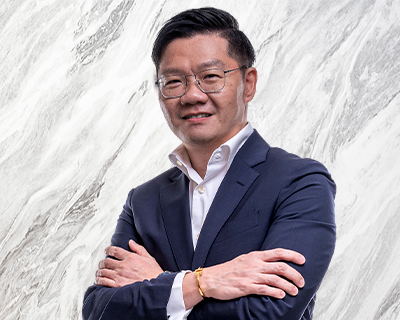 Ir. Tai Jiunn Hong has more than 19 years of working experience in the industry of civil, structural, geotechnical engineering and property development. He began his career with Tonkin & Taylors Malaysia as a Structural and Geotechnical Engineer in 2001.

He obtained his Masters of Business Administration with major in Finance and Strategic Management in 2005 and subsequently moved into property development. He joined CP Landmark Sdn Bhd in 2005 and was involved in the redevelopment of the mixed development of Queensbay, Penang.

In year 2008, he joined Bandar Raya Development Berhad (“BRDB”). He was with BRDB for more than 6 years as an Assistant General Manager and was involved in the redevelopment of boutique premium malls namely, Bangsar Shopping Center, BRDB Class A Office Tower, high-end condominium One Menerung, Serai at Bukit Bandaraya and many more high-end mixed and integrated developments locally and overseas. 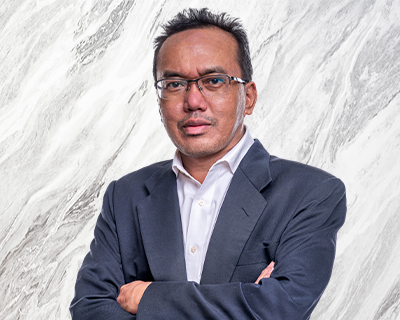 Abd Razak bin Abd Manan is an enthusiastic and dedicated professional with over 27 years working experience derived from wide varieties of prestigious and landmark projects in different engineering and management capacity built upon strong technical knowledge and organizational skill.

He started his career with SIRIM as Research Officer and served for 2 years before steadily charted his professional advancement to assume significant roles in major infrastructure and building projects beginning with KLIA as Project Engineer with Taisei Consortium prior to joining Ahmad Zaki Sdn Bhd as Senior Project Engineer in 1998 for Realignment B15 road at Putrajaya and Cyberjaya project and later was promoted to Project Director of Construction Department oversaw various projects such as Subang Kelana Link, LPT highway Project and Jitra Kodiang Road.

He further developed his professional progression in construction and engineering when he was with Dasa Sentosa Sdn Bhd as Project Director for school projects and held similar position with SMPP for MRT Package V1 project. 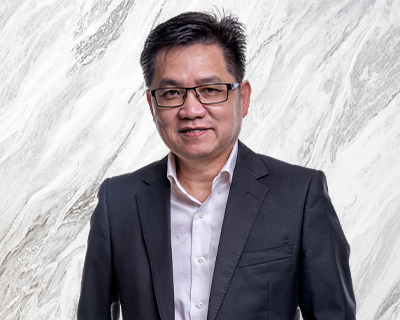 Si So Tian Ann has about 28 years of experience in the construction industry and involved in various construction and development contracts. During his tenure with the company, he spearheaded the team in the procurement and contracts management for the projects undertaken by the company. 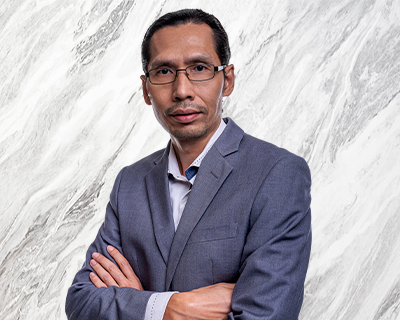 Sr. Mustafa Bin Mohd Said has more than 18 years’ experience in various pre and post contracts administration especially in construction and property development. He began his career in June 2002 with Ahmad Zaki Sdn Bhd as an Assistant Quantity Surveyor and was responsible for contract administration, recommendation of progress payments and variation orders. He was the key person to established and responsible for all Loss and/or Expenses claims for Ahmad Zaki Sdn Bhd projects. He was subsequently transferred to Ahmad Zaki Saudi Arabia Ltd (Riyadh, Saudi Arabia) in year 2005 until 2009 where he is responsible for handling contracts administration and procurements for all Saudi projects. He was involved in overseeing the project operations on a daily basis, involved in technical matters and ensuring the construction cost is within the budget. He was involved in the project construction of Alfaisal University (Riyadh), King Abdullah University (Jeddah) and Jabal Omar (Mecca). In 2007, he was promoted to Assistant Contracts Manager.

Upon returning to Malaysia in 2009, he joined Dasa Sentosa Sdn Bhd as a Contracts Manager and responsible handling government school projects around the Klang Valley. In December 2012, he joined Syarikat Muhibbah Perniagaan Dan Pembinaan Sdn Bhd as a Contracts Manager, where he was responsible for contracts, procurements and payments of MRT Package V1 – Kota Damansara – Sungai Buloh project. 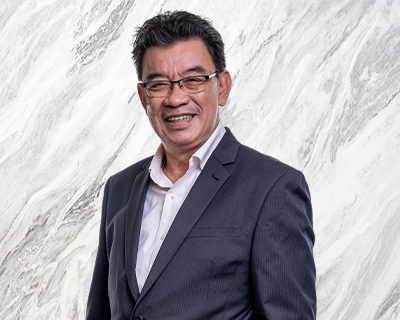 Thum Peng Yong has more than 35 years’ experience in the construction industry. With his professional qualification and vast experience, the projects undertaken and successfully completed covers a wide range of projects which comprises of residential and commercial development, high rise condominiums/apartments public buildings and infra-structure works. 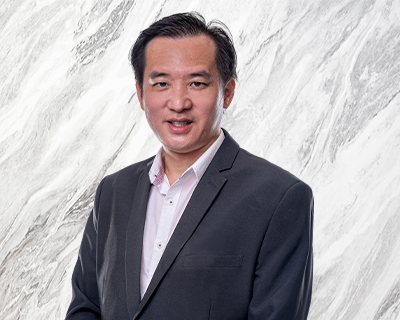 Chew Wei Shin has more than 17 years’ experience in the construction and property development industries, including construction of institutions, high end residential and commercial developments. Upon his graduation from university, he joined a local contractor firm as a Project Engineer and was involved in various infrastructure projects for private sectors and construction projects for government institutions.

In year 2010, he took up a new challenge in the development industry as Assistant Manager in Sunway City Berhad and was responsible for the expansion of Monash University, Sunway University as well as Sunway Medical Center. He further strengthened his experience in high end residential developments in year 2013 by joining Perdana Park City, the developer for award winning-township Desa ParkCity, KL. The high end mix development - The Breezeway was one of the prestigious projects under his involvement. 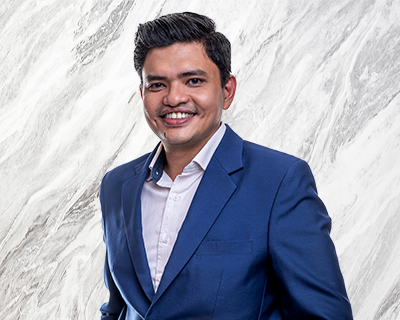 Muhammad Ridhwan bin Effendy started his career in UOB Kay Hian Securities as an Equity Research Associate in 2012. He assisted in covering the Malaysian construction, property, REIT and oil & gas sectors. In 2014, he managed the coverage of the Malaysian construction and property sectors as an Investment Analyst. In 2016, he went on to assume the position of Senior Analyst within the same sectors. In 2017, he was awarded two of The Edge’s Best Call Awards. 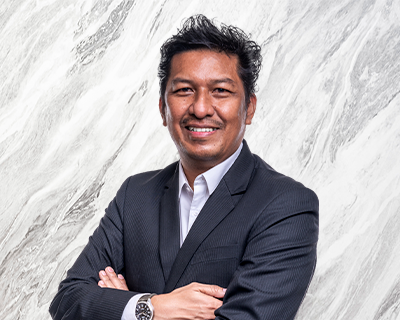 He began his career in 1995 with Perspec-Taisei-Kajima-Shimizu- Hazama Consortium as M&E Project Engineer for KLIA. He then joined Putra Perdana Construction Sdn. Bhd. in 1998 for the completion of Federal Administrative Government Building Parcel C, Putrajaya.

In 2000, he joined Ahmad Zaki Sdn. Bhd. for a hospital project and Tender & Procurement for M&E, medical equipment and other related works. He then joined MRCB in 2009 as a Senior Manager, overseeing the delivery of Project Implementation and headed Tender, Procurement & Cost Control for KL Sentral Development.

In 2013, he returned to Ahmad Zaki Sdn. Bhd. as General Manager, M&E, where he set-up the M&E Department, steering the path and leading the team to greater heights with planning and implementation of several projects. He guided the planning, procurement and furnishing medical equipment for Design & Built International Islamic University Malaysia (IIUM) Teaching Hospital,Kuantan and lead the completion of JKR HQ Building for Green Building Index (GBI) Platinum rating.

In December 2017, he joined Gabungan Strategik Sdn Bhd as Head of M&E, leading the team for several projects. Puan Ummi Sa'adah binti Salleh Hudin ("Puan Ummi Sa'adah") holds a Bachelors Degree in Accountancy from Universiti Utara Malaysia and has over 17 years of extensive experience in driving a broad spectrum of financial management, audit, and governance operations towards enhancing shareholders value. She is also a member of the Malaysian Institute of Accountants and the Chartered Institute of Management Accountants (CIMA).

She is well versed in cashflow management, financial and management reporting, budget development, and project management. She is also recognized as a resourceful and decisive professional with sound people management and leadership qualities.

She started her career at Ernst & Young in the field of audit for almost 5 years and followed by 2 years of experience in a property development company, a subsidiary of MK Land Holdings Bhd. She continued her journey at a local construction company (Johawaki Group) and progressed from an Accountant to a Manager role in more than 4 years.

In November 2015, her career progressed to another construction company, Ahmad Zaki Resources Berhad, a public listed company with a larger turnover and team. Over the years, she went from Senior Manager to Asst. General Manager, and was later promoted to Group Financial Controller.

She has been very active in sports and continuously learning to improve her communication and leadership skills by joining Toastmasters International and has completed her first Pathway project, Dynamic Leadership, served as Vice President of Education at her club, and won International Speech Contest at Club and Area Level.